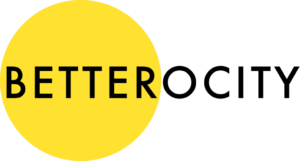 Listen to this Podcast: How I Built This With Guy Raz

We all have that big idea, the one that we’ll build some day. But there’s always something that forces us to shelve the idea for another day. Sometimes it’s kids. Sometimes it’s money. Most often it’s fear. Fear of failing. Fear of getting sued. Fear that the idea really isn’t that good.

Developing ideas can be fun but without action, all they are is ideas. I’m sure you’ve seen a product or service debut that you’ve been thinking about for years. It’s frustrating to see your great idea come to fruition without you. But they went for it and built it. They likely encountered all the same fears, frustrations and obstacles that you’d encounter.

Maybe they got a big break or were well-connected in life, which made it easier to succeed. But the truth is they started something and kept with it. If you just start doing something, you’re already further ahead than 90% of people. We totally made up that statistic but the truth is most people don’t even start, they just think about an idea. Just thinking about ideas can be a fun exercise but if you really want to build something, you need to just do it.

Think about this: what thing have you done in your life where you knew all the answers before starting? You likely knew little to nothing when you started a new job, became a parent, started using Instagram, or before giving your first massage (that’s very specific but we really could use a massage, this post is stressing us out).

You’re not alone. Most of us have no idea where to start. If you’re a person that wants to build something that should exist, that you need to exist or will fulfill a gap in the market, then we have something that will inspire you.

We think the “How I Built This” podcast is perfect for those dreamers that need the extra inspiration to start their business.

This podcast takes you inside the minds of the entrepreneurs that built the companies that shape our world. The first episode profiles Sara Blakely, the founder of Spanx. It’s a great introduction to the podcast and a great story about building something from scratch and doing it by yourself.

There are so many great episodes, and you don’t need to listen to the episodes in order. We hope the episodes will inspire you, as much as they inspired us. Here’s to building the next big thing!

Shopping online has been overtaken by large retailers but it's worth your time to find smaller specialty outlets online for a wider selection and...
Read more
Entertainment

Puzzles are a great for the mind and relaxation. No wonder millions of people turned to them in 2020. Puzzles everywhere are out of...
Read more
Education

Do Something Amazing At Home This ever-growing guide will help you thrive. And it's especially helpful if you're stuck at home due to the snow,...
Read more
Cultural Experiences

Experience The Metropolitan Opera On Your Big Screen, Or Small Screen, For Free

Breakdown: Stream “Nightly Met Opera Streams” Live In HD from The Metropolitan Opera For Free March 16-22The shows stream live at 7:30 Eastern and will...
Read more

Convert Photo Bursts Into Video Or Gif With The Burst App

Quickly Find A Campsite With Campendium